In my mature years, I seem to have developed a ravenous interest in and curiosity about things metaphysical, neuroscientific, spiritual and metabolic. Unlike my less ravenous years as a young student, I am now armed with the understanding that at the most basic level, all the above (and all else in our world) are intricately connected. 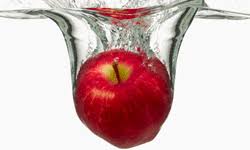 Let me share a little of my most recent ‘learnings’. The other day, a friend of mine came down with a bout of vertigo. Head spinning, dizzy feeling and unsteadiness on her feet. Now my knowledge of the human vestibular system, housed in the inner ear section of the head, caused me to speculate that this delicately balanced system had been adversely affected by some sort of infection. While discussing the matter, we ventured onto the subject of gravity and our relationship to it. It occurred to us that something as simple as vertigo or an ear infection, can so easily disrupt our relationship with this phenomenon of physics. Now I’m not alluding to the apple falling on the head moment that gave Sir Isaac Newton his aha moment, preceding the claim that he had ‘discovered’ something that had existed from creation. I’m talking about the dynamics of this natural law that we take for granted daily…until our personal relationship with it is thrown off. If it is a constant ‘law’ how can it be altered in some persons’ reality (e.g. vertigo) and not others’…at the same time?

Gravity is often described as a ‘pull’ or ‘force’, though Einstein insisted it wasn’t a force at all, but that’s another story. Simply put, Earth’s gravitational pull compels/draws you toward the centre of the planet, but the ground is in the way (thankfully); said ground pushes up against you, matching the force of gravity exactly. It is this push that makes you feel heavy (not the whole pizza you ate last week!). Now we know that astronauts in their space ships are no longer subject to the law of gravity in the same way as they are on earth, but did you know that a person also weighs less at the equator? Yes, if you stand on the equatorial line, say in Uganda, you will weigh less! If that isn’t enough, you would actually weigh three times less if you lived on Mars, just in case a future trip is open to you. Now before you consider relocating, as an alternative to managing your ‘mass’, read on.

There are also some other fascinating facts pertaining to this little discussed (by your average person) law! Did you know that if you are located/live on the equator, when you pull your plug in the sink, the water goes straight down the drain, as opposed to north and south of the equator where the water first spirals either clockwise or anticlockwise, depending on which hemisphere you reside in? Literally, if you stand on either side of the centre of the earth, gravity behaves differently! Again, variables on what we might have previously believed was a simple ‘what goes up, must come down’ law.

Stay with me now, here is where it really gets interesting (or not). This gravitational pull that keeps your feet firmly planted on the earth, is strong enough to keep us ‘grounded’… is weaker than the magnetic force of the magnet on your fridge! A little scary if you think about it. No wonder one refers to being magnetized by a man or woman one is attracted to! Remember that when you write your next Valentine’s Day poem. ;). So, remember, the magnetic pull is stronger than gravity!!!

If that thought is not scary enough, do a little research on the ‘God Helmet’, a device developed by a neuroscientist called Micheal Persinger, which involves placing it on the head of a person (specifically in the region of the right temporal lobe) then transmitting weak electromagnetic impulses that stimulate that part of the brain. While the magnetic force is not as strong as the magnet on your fridge, it is sufficient to induce altered states of consciousness…expressed by thousands of participants as ‘being in the presence of God’. Outer body experiences, where gravity ceased to exist, were also reported. Mr Persinger is apparently working on a virtual reality video game that might very well have the next generation exploring spirituality through technology!!! One such version is already available for consumer purchase in the form of the Shakti Helmet. Memba mi tell you! What was once considered mystical and magical is now scientific fact and viewed as standard biology.

Anyway, back to my discussion with my friend, which started with vertigo. It soon moved on to the following video, which for many reasons impacts me greatly each time I watch it. It speaks to some fundamentals of the human existence, but touches also on one man’s newly formed relationship with gravity and spirituality. A relationship that both took him off-the-grid and transported him into another realm entirely…let’s call it divine, since that’s how he describes it. I suppose any departure from what we refer to as the ‘rat race’, must give one a sense of divine connectivity. Anyhow…watch the video and experience for yourself how life can be altered by ‘divine science’.

Now, how do you feel about your life and your relationship to gravity? Makes you wonder, doesn’t it? Can you imagine how much more turned on to learning our children would be if they were exploring and experimenting on such mind stimulating topics in high school? There is clearly a thin line between imagination and reality!!!

The next time you pull the plug in the sink or bath…take notice of the direction the water takes going down the drain!

I’ll save the discussion on levitation for another time ;).

[This blog is dedicated to the late Sushil Jain, a regular reader who relished each monthly feature. The last time we spoke on life and matters ‘spiritual’, he strongly suggested that I read the Bhagvad Gita. RIP Sushil, gravity no longer holds you down].